Columcille has been partially reopen since June 2020. The number of service users is reduced relative to pre-March 2020 but activities are being offered to smaller groups in a socially distanced manner, taking recommended precautions to stay "Covid safe"

Hall bookings are not taking place at the moment but some may be resuming in the foreseeable future.

Our office is manned as usual and any queries will be dealt with as soon as possible.

Columcille Ceilidh Band  is no longer running but we can pass on booking requests either to Coracle, the Music for ALL Band or to some of the great musicians who have played with us over the years, and a have their own ceilidh bands.

We have had about 22 years of great music and have been out to many interesting places and events and met many wonderful folk. The band was first of all set up by Alastair Robertson in about 1996 as an in-house band and then in 2002 was extended into a work experience project, coordinated by Alison Edelsten as Columcille Development Worker. We played for a total of 385 events in our 14 years as a work experience band, events ranging from music workshops to conference and wedding ceilidhs. If you would like to see a list of events please click Columcille Ceilidh Band Events 2003-2017   From 2017-late 2019 Alastair returned to the band and then a decision was made to cease trading as a band. 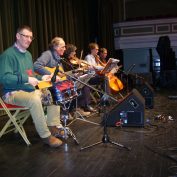 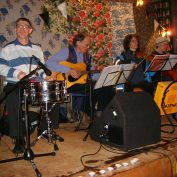 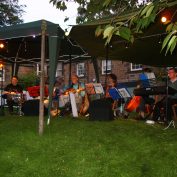 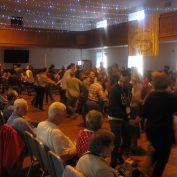 A documentary film “About A Band”  features 7 ceilidhs/events and interviews with band members and guest appearances. The film has been shown at the Glasgow Film Festival, the “Picture This” Film Festival in Canada and the 2011 International Folk Music Film Festival in Nepal (where the film won a commendation award).  Also at Paisley Arts Centre as part of Glasgow Film Theatre’s strand “Great Scots on Tour”.  To listen, please click on white arrow in red box below.

Thank you to all the people who have booked us over the years, had faith in what we do and helped us on our journey as an amazing, inclusive ceilidh band.